Even more exciting technology, even more valuable information, even more direct discussion – and even closer contact with our PC-based control experts! As a supplement to our appearance at the SPS Connect 2020, we cordially invite you to a completely new, highly attractive event format: our Interactive Automation Days.

What awaits you? A live-stream program that is full to the brim and illustrates all facets of PC- and EtherCAT-based control technology with even greater intensity in vivid formats rich in dialog. Whether lecture or roundtable, chaired technology presentation or Q&A live session: The most experienced Beckhoff experts are at your disposal for direct dialog for three whole days.

We are very much looking forward to your live participation.

Beckhoff at the SPS CONNECT 2020

Innovations, evolutions, revolutions: For us as technology leaders in PC- and EtherCAT-based control technology, the SPS – Smart Production Solutions – is the most important platform for presenting the latest highlights in automation technology to you personally and in direct conversation. This year, the SPS will take place from November 24 to 26, 2020, for the first time in a virtual format: as the SPS Connect.

We look forward to intensive conversations with you, for which we are offering different dialog formats. Our automation experts will personally present the latest technologies to you. On each day of the exhibition we will invite you to exciting lectures, web chats and roundtables with high-ranking participants. In addition, we are planning accompanying digital formats, about which we will shortly be providing you with detailed information. 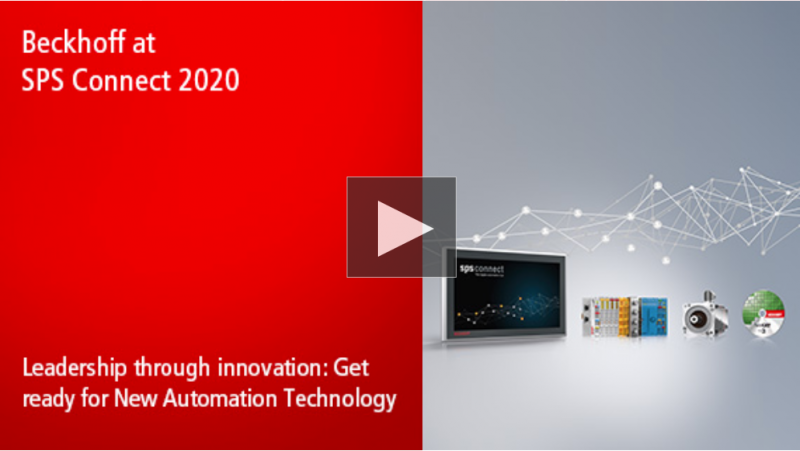 Appointment with a Beckhoff Representative

Get your free ticket now: Discount code SPS2XCNBEC
Please enter the discount code at the end of the ordering procedure.

1:00 p.m. – 1:30 p.m. UTC+1
Users discuss about the future readiness of TwinCAT as a software platform for automation

The Bus Terminal was presented for the first time at the 1995 Hanover Fair. It was developed jointly by Beckhoff and Wago and has since conquered the automation market. Beckhoff will present the current portfolio of terminals and other news at the SPS Connect fair. 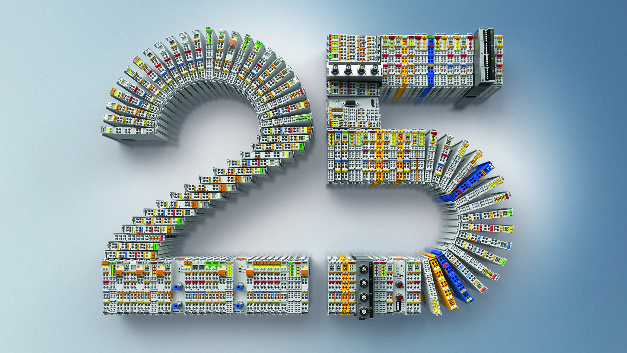 25 years ago, Beckhoff Automation had an idea: With the Bus Terminal, the company combined the terminal block principle with fieldbus technology for the first time. Together with Wago Kontakttechnik, a modular and open I/O system was created. It was first presented at the Hanover Fair in 1995.

The partner companies focused on further development of the block module concept for the electronic terminal block. The bus terminal concept went one step further: the aim was to replace the traditional terminal block with an electronic version. The result was the complete hardware, software and K-Bus communication. Beckhoff also created a complete product family consisting of Bus Couplers and signal and system terminals. This provided a fieldbus-independent, modular I/O system.

What has happened since then? After the Bus Terminal was introduced, the technology quickly established itself. Today, Bus Terminals and EtherCAT Terminals are used in a wide range of applications: from classical machine automation to Ethernet-based building automation and process technology. Currently available from Beckhoff is the IP 20 and IP 67 I/O portfolio, which goes back to the original idea of the Bus Terminal.

In addition to the anniversary of the Bus Terminal, Beckhoff is focusing on further developments. In the Embedded PCs division, the automation company is relying on AMD's Ryzen processors. The "CX20x3" series can be used with both TwinCAT 2 and TwinCAT 3 software, i.e. for 32- and 64-bit systems. Users can use Windows 10 IoT Enterprise or the new TwinCAT/BSD as operating system. Two variants are currently available: 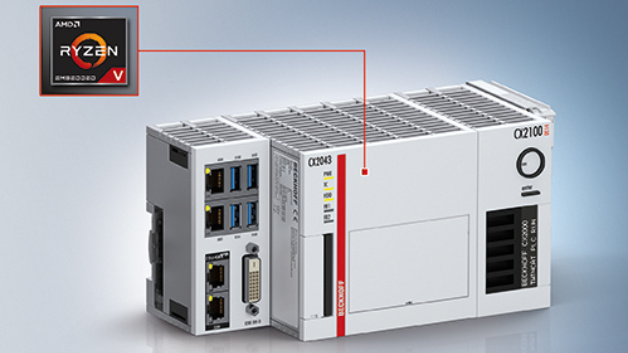 The AMD processors are based on the Zen architecture and offer high computing power. In addition, there is an integrated graphic that is separated from the CPU cache. The basic equipment includes dual GbEthernet, quad USB 3.1 Gen. 2 and simple DVI-D including a main memory with 8 GByte. In addition, the CPU has 128 kByte NOVRAM internally if no UPS is used. A fieldbus or serial interface is optionally available. All other components of the CX2000 family can be adapted via the high-pin connections on both sides.

The Industrial PC "C6027" is fanless and has an Intel Core i chipset. Compared to the IPC "C6025" it has a second board level with optional interfaces or integrated 1-second UPS. Further variants are in preparation. 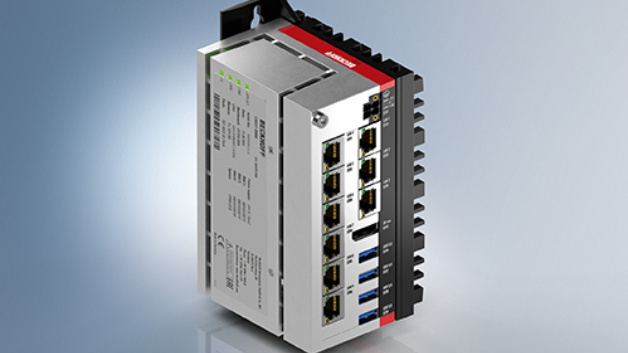 Six-way Ethernet (RJ45) is currently available, making it suitable for use as an IoT or security gateway. With dimensions of 82 x 127 x 69 mm, it is compact and designed for many mounting options. With the energy-efficient Intel Core i-U processor in combination with a comprehensive cooling concept, the power dissipation can be dissipated purely passively via a one-sided cooling surface.